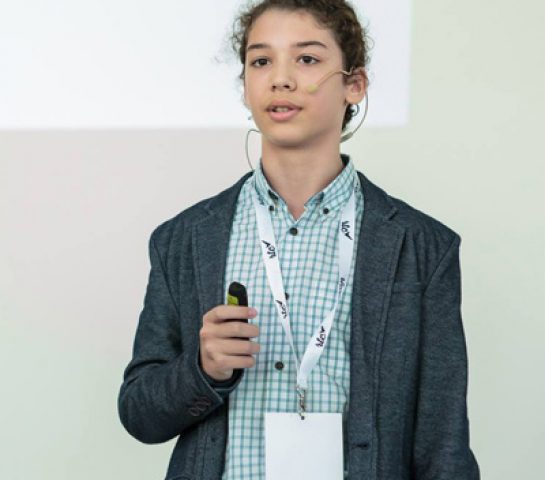 Diary of a wimpy tester – from kids to kidpreneurs

Harry Girlea is a student in the 8th grade at school nr 97 Bucharest, Romania. He is a rookie in the world of public speaking! Remember, he just turned 14 this month… It all started with RGDA (Romanian Game Developers Association), Comic Con and 31+ games… A long time ago, in 2011 or 2012… Who’s counting… Whatever he does in the IT world, he is the lucky one who gets all the benefits from being the youngest dude ever to be: • speaker at his first 5 conferences ( Romania two, Belgium one, UK one – best scoring talk in 2018, Poland one) • member of RGDA (Romanian Game Developers Association) community • member and board member – Interact Club Bucharest (Rotary owned) He started studying programming in C in 5th grade. He is still doing it… He is trying to connect to the world of testers on behalf of his generation. A lot of teenagers would love to be a part of this world and somebody has to make this public. And, by public, he means the IT universe in general and testers communities in particular.